We’re at Presby Church of Ghana (Paolo Mahenu Memorial) on Saturday 12th October for the 10th edition of our #AhabanMobileShelter Program. Join us by volunteering or you can donate items to this project. | Text or Call :- 055 025 2793

The 6th edition of the Ahaban Mobile Shelter Program took place on 28th April at Christ Pentecostal Ministry, Community 1 Tema. We had a total of number 200 people which included the aged, the middle aged, the youth and kids as participants of the Program. 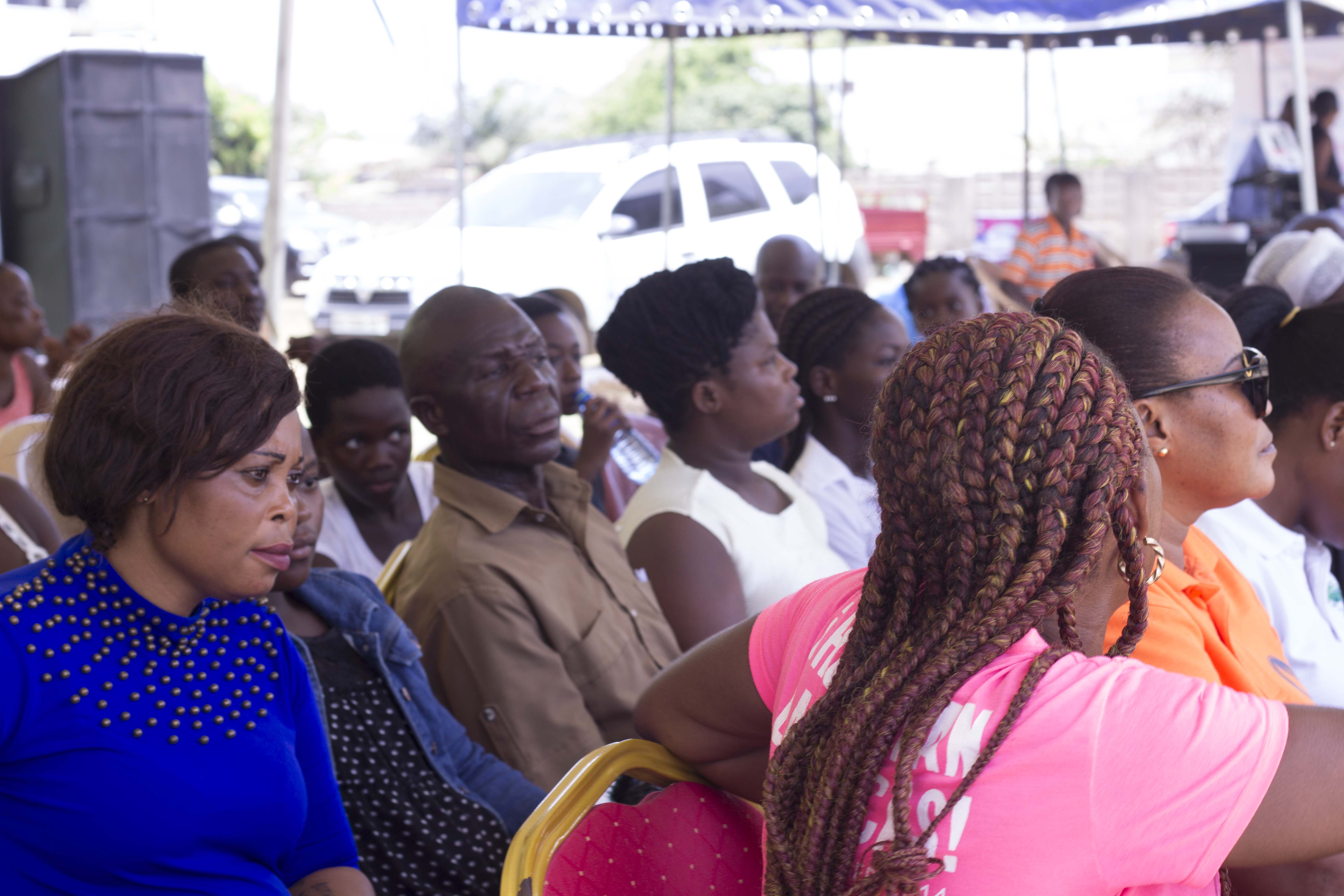 We screened for Malaria, Hepatitis B, checked blood pressure and also had weight checks. Consultation sessions alongside BMI checks and  Acupuncture was also done.  A representative from the Cervical Cancer Unit briefed the participants on cervical cancer and personal hygiene. 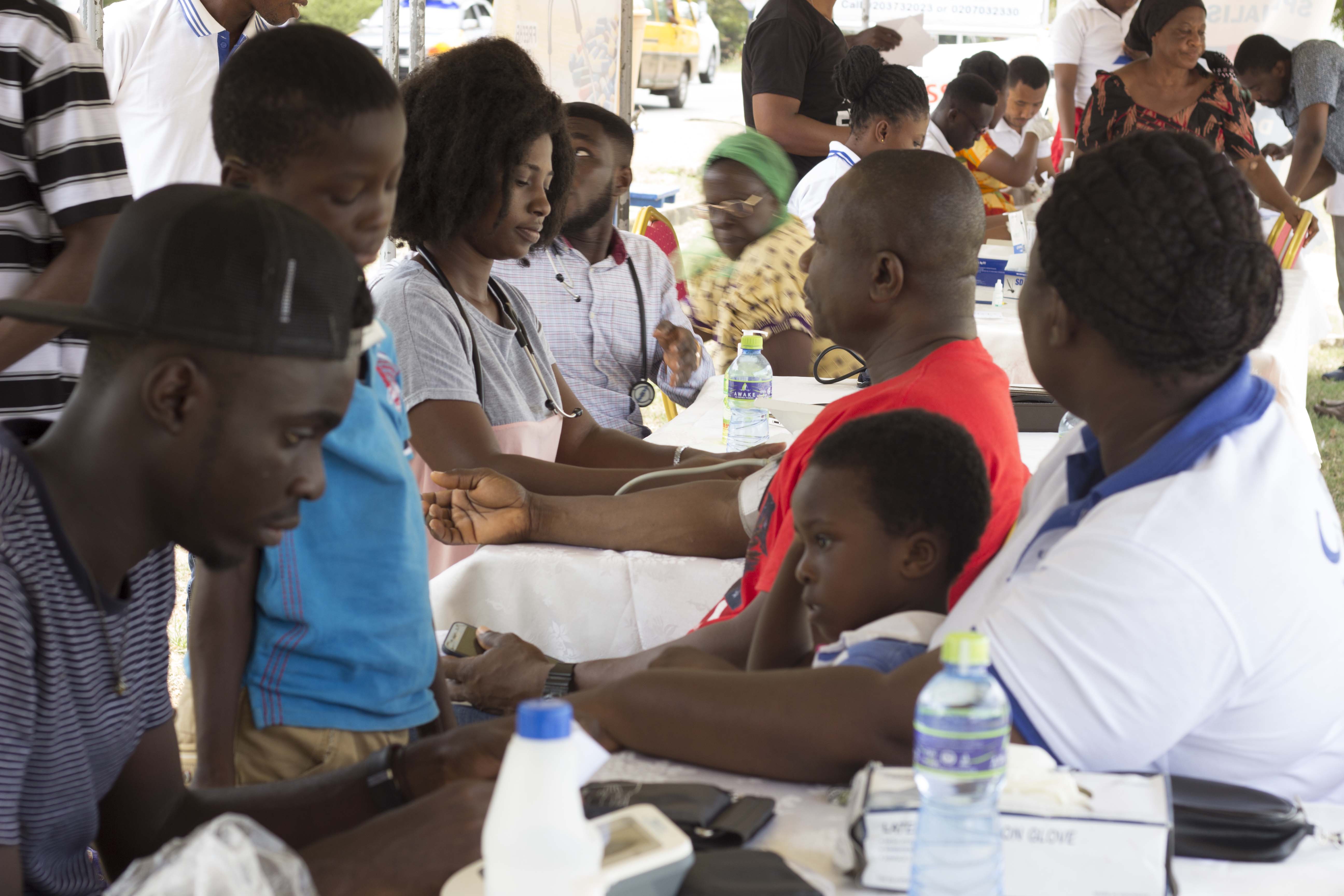 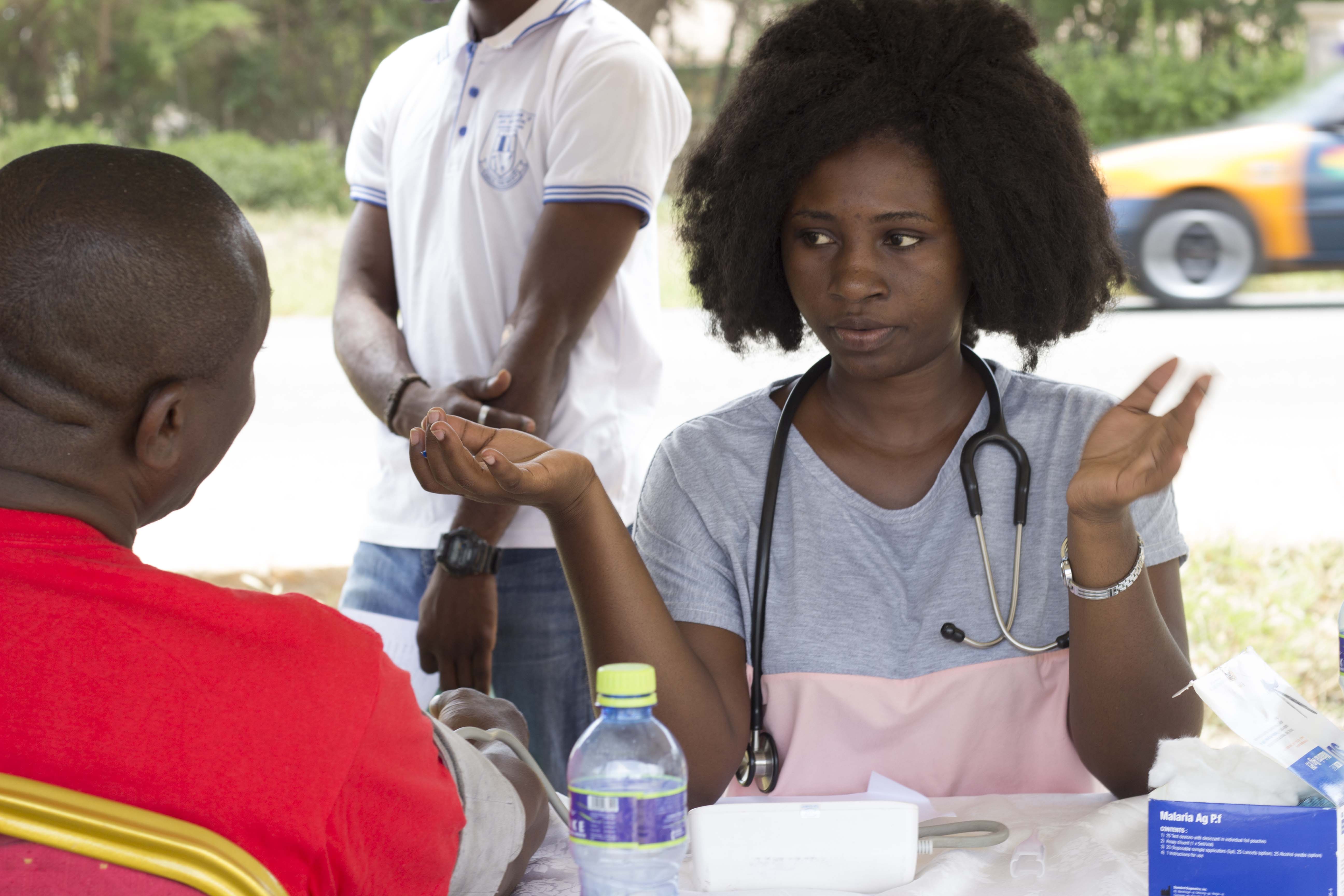 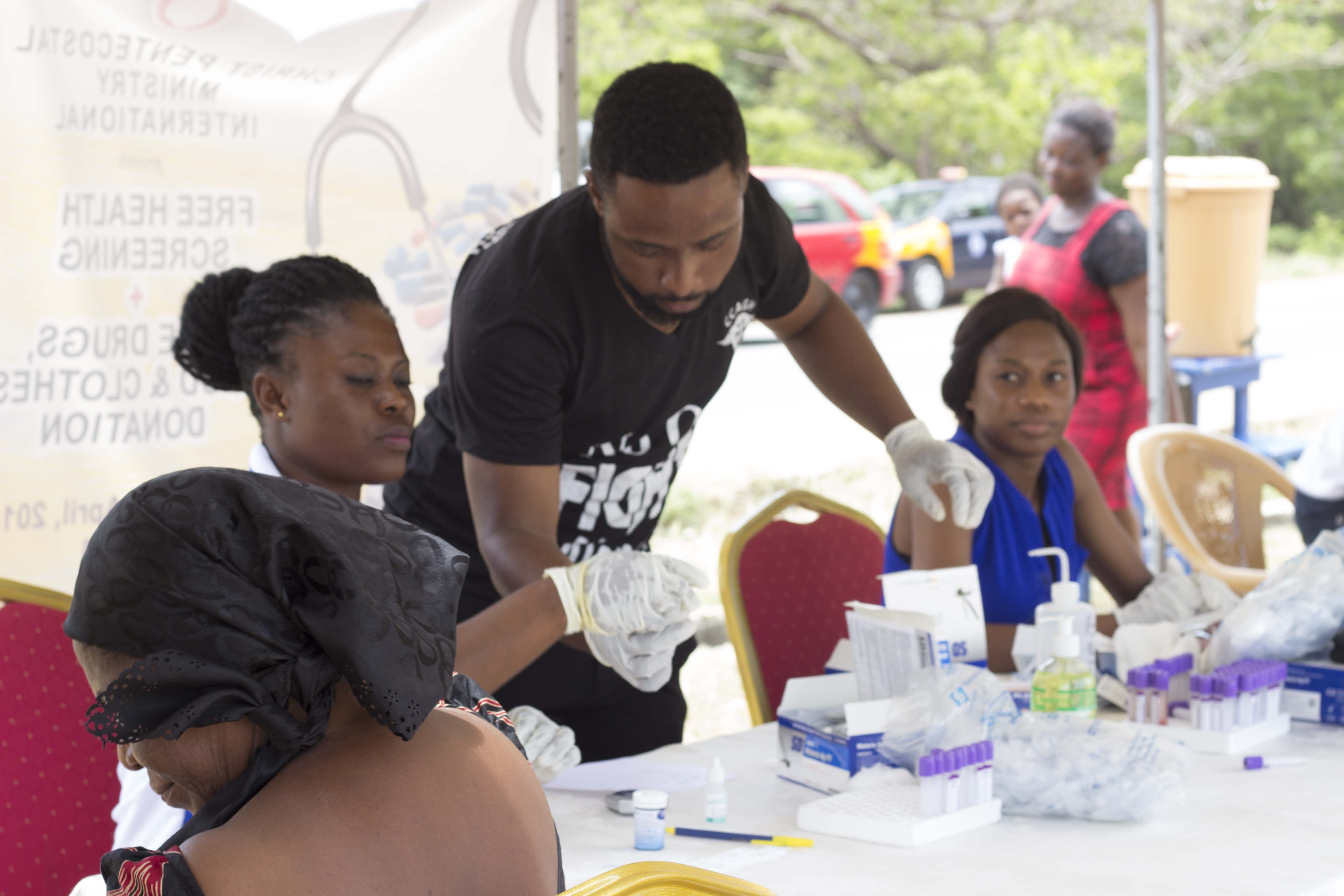 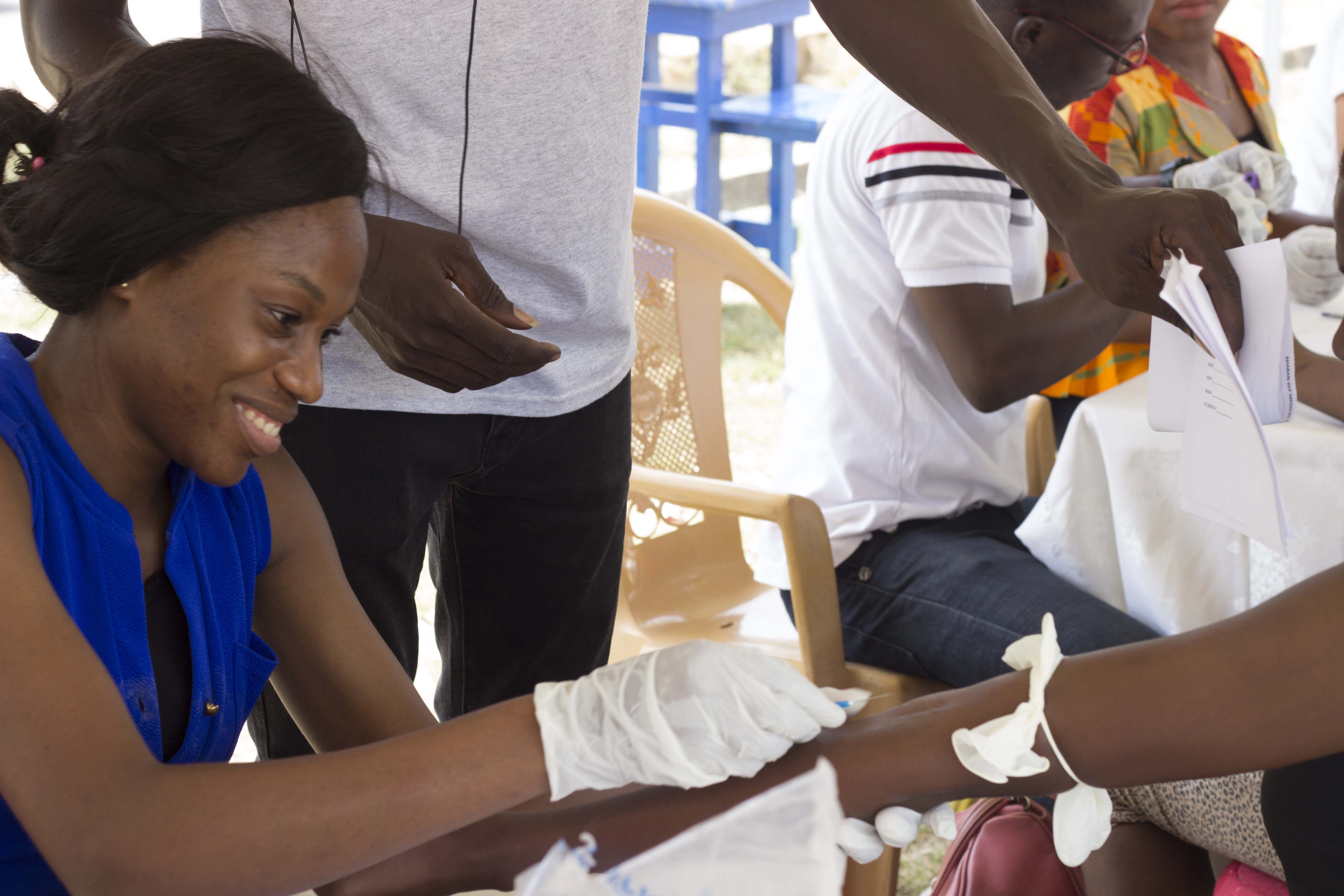 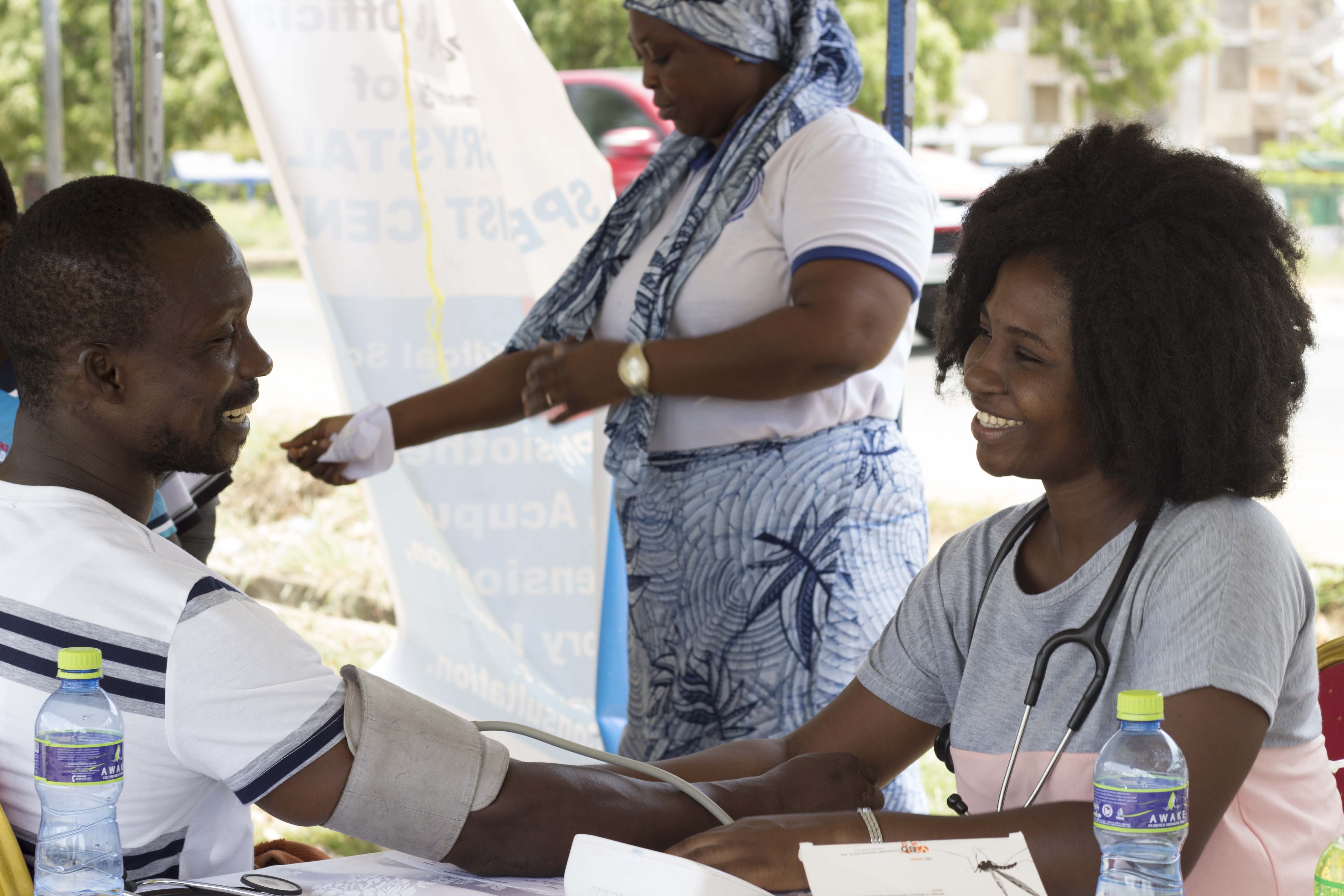 Food, water, drinks and clothes were giving out as soon the each participant finished the health screening processes. 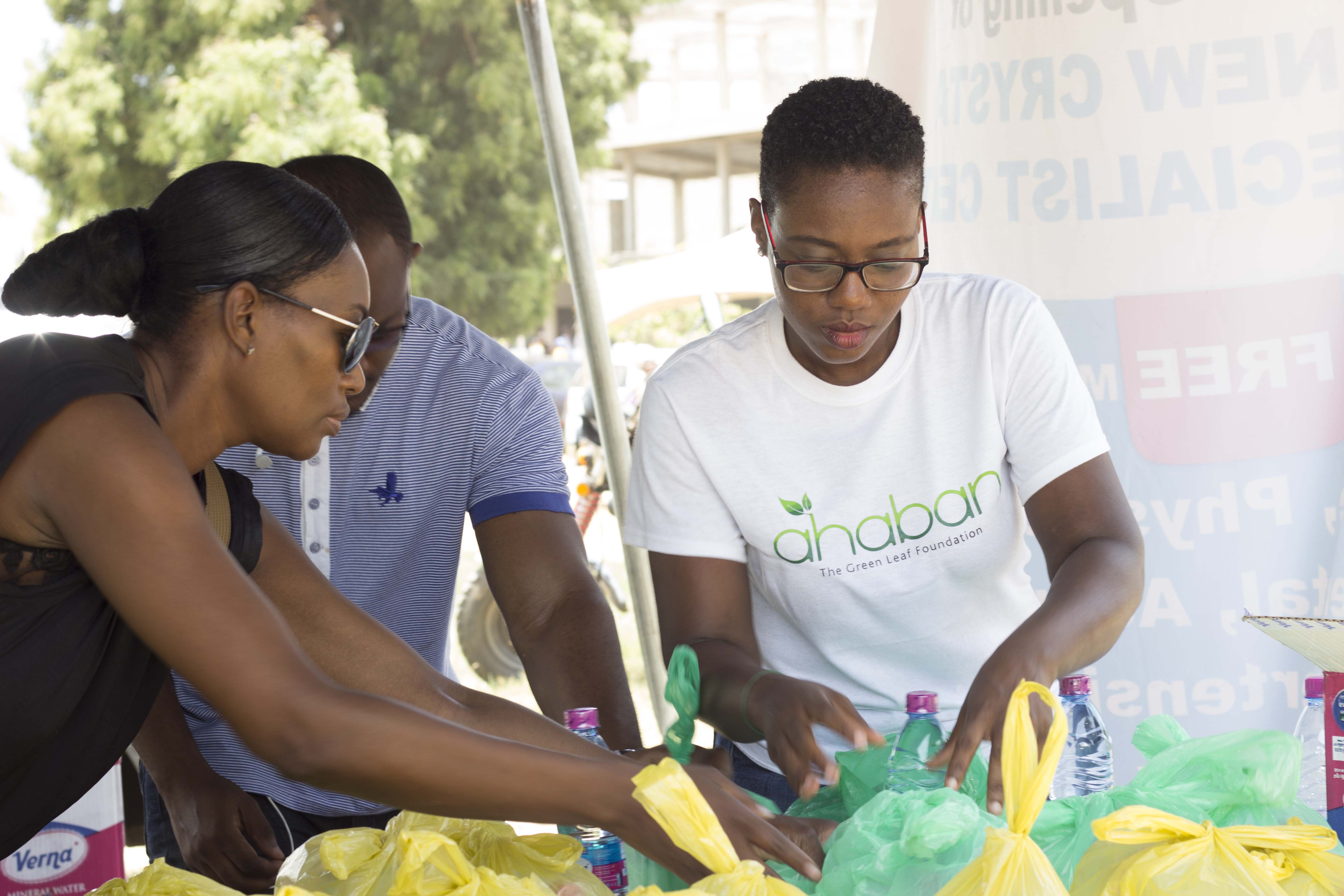 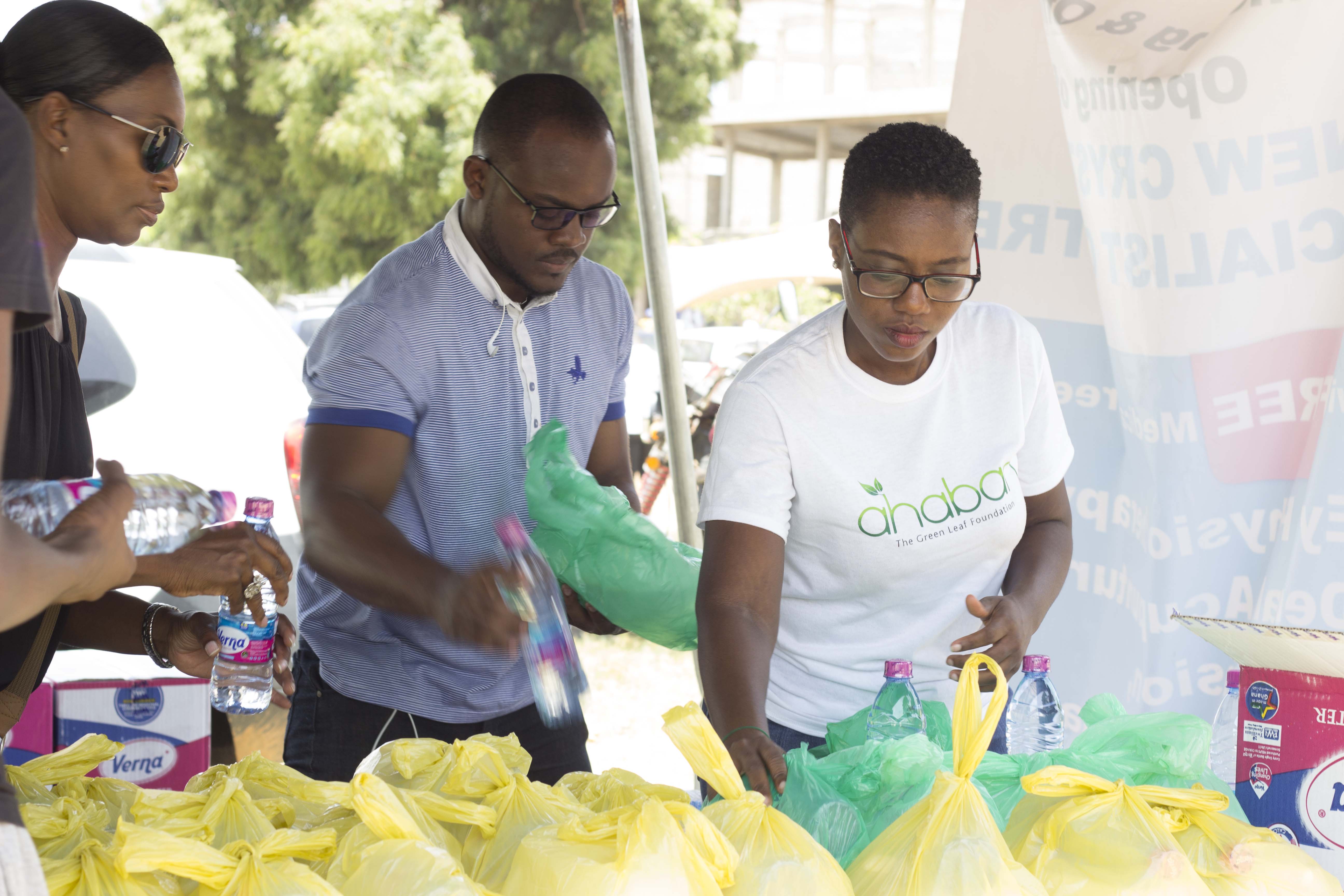 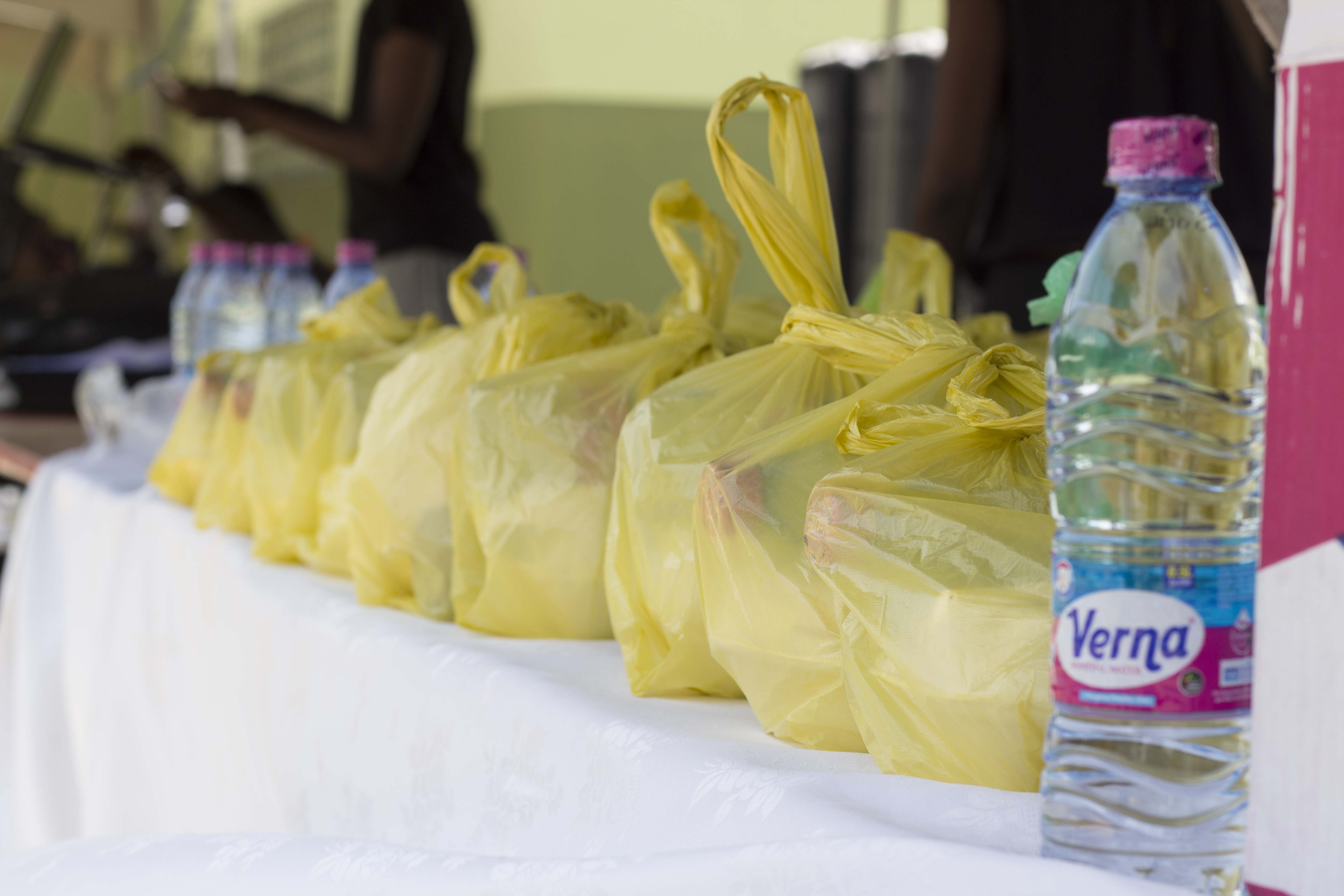 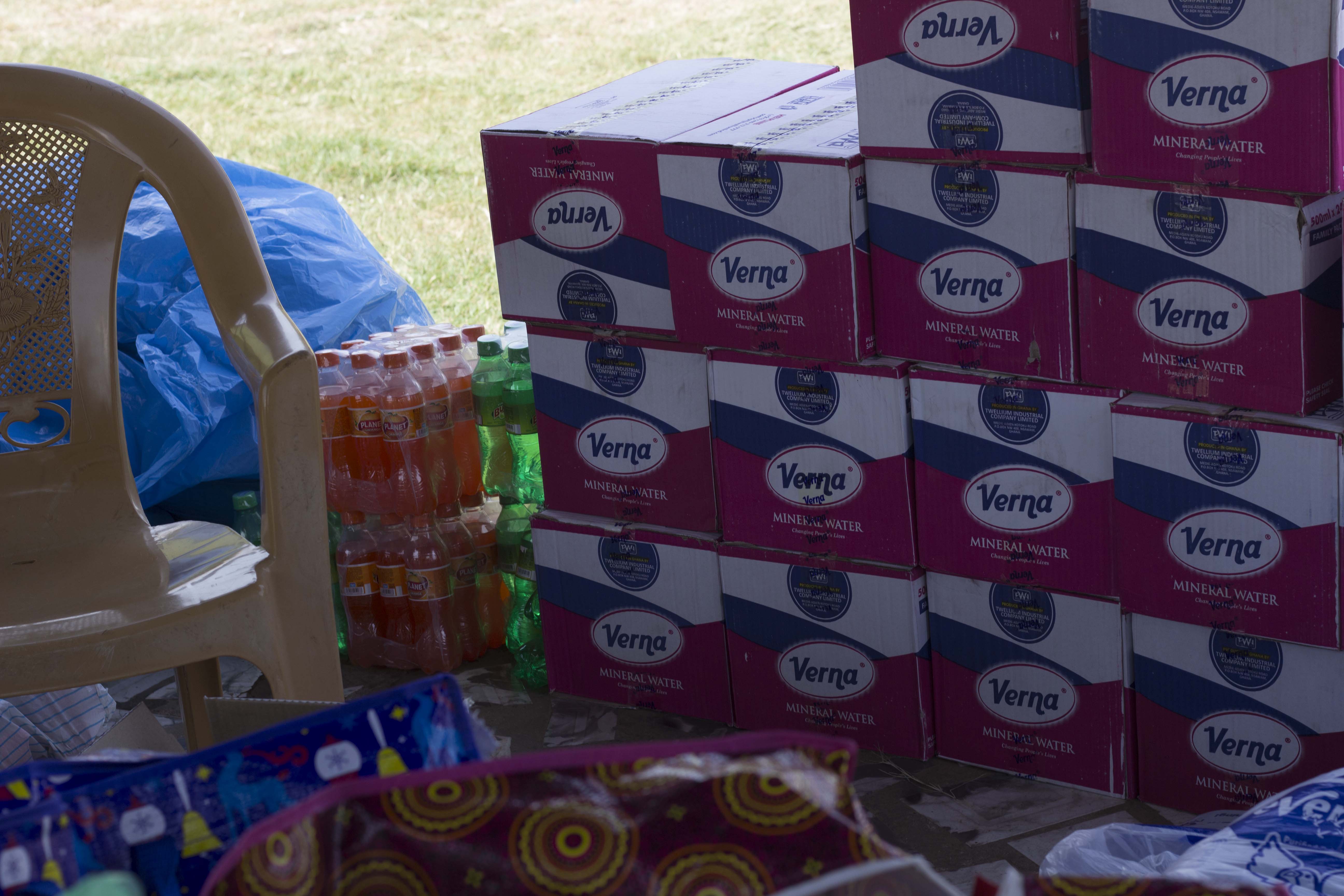 We would like to say a  big thank you to all our sponsors and organisations that played a huge part in making this Mobile Shelter a success.

Stay tuned for our next charity event!

DUSAF in collaboration with SCAT and some of our volunteers conducted free health screening for the people of Luom community in the Osudoku traditional area, Eastern Region.

The bus took off on Friday at the Osu Salem secondary school exactly 6pm and arrived at our destination around 9:20pm. It was an interesting trip, good interactions between our volunteers and other organization who joined us on the bus.

The next day which was the main program (21st October) started exactly 8am. This time we had the old aged and middle aged partaking in the screening of which children were few. 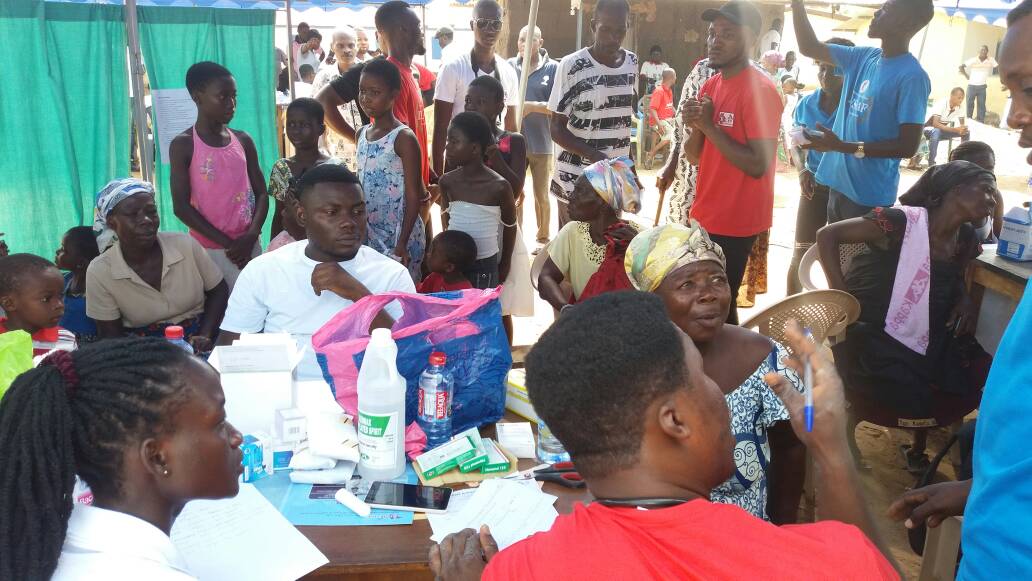 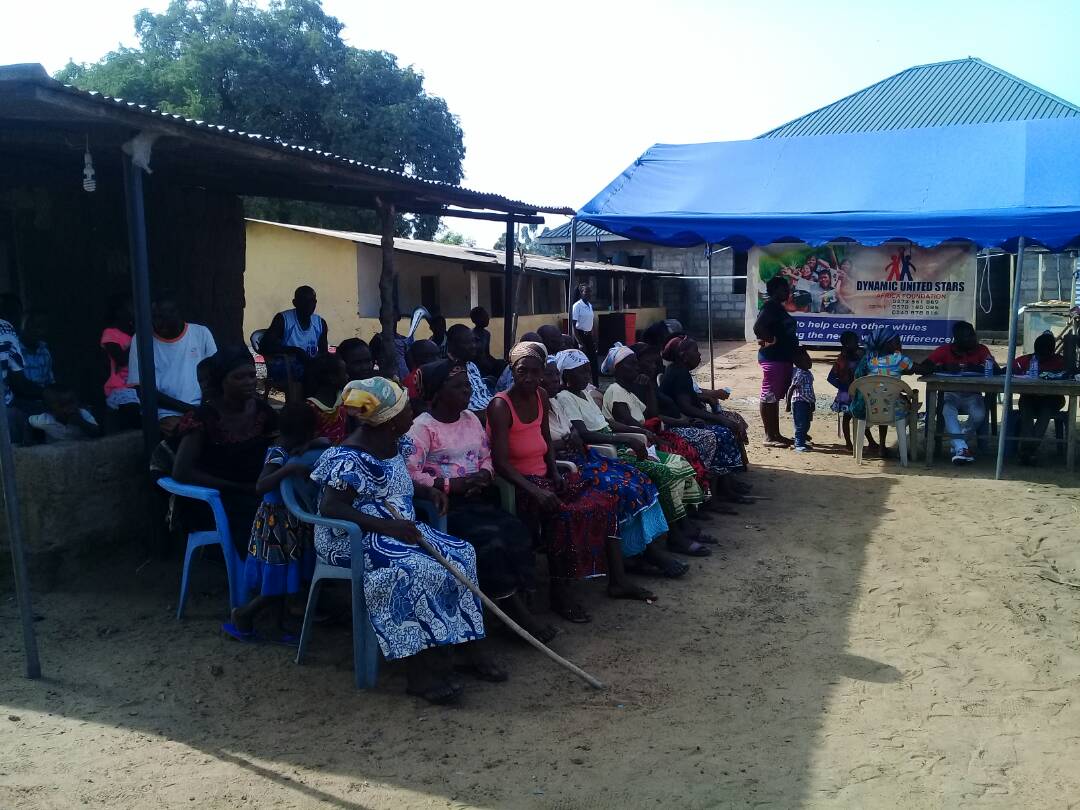 We started off by taking their details, moved on to check their BP, proceeded to check for malaria. After they moved on to get their their blood glucose levels checked and then went for consultation with the doctors. Some were given drugs because they were reactive to malaria. Breast screening was done as well for the women. 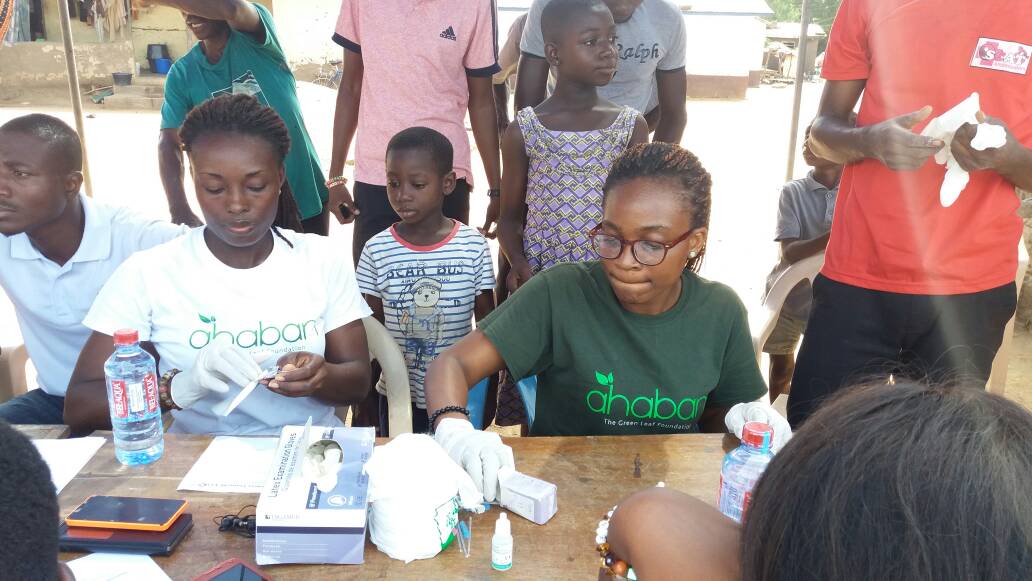 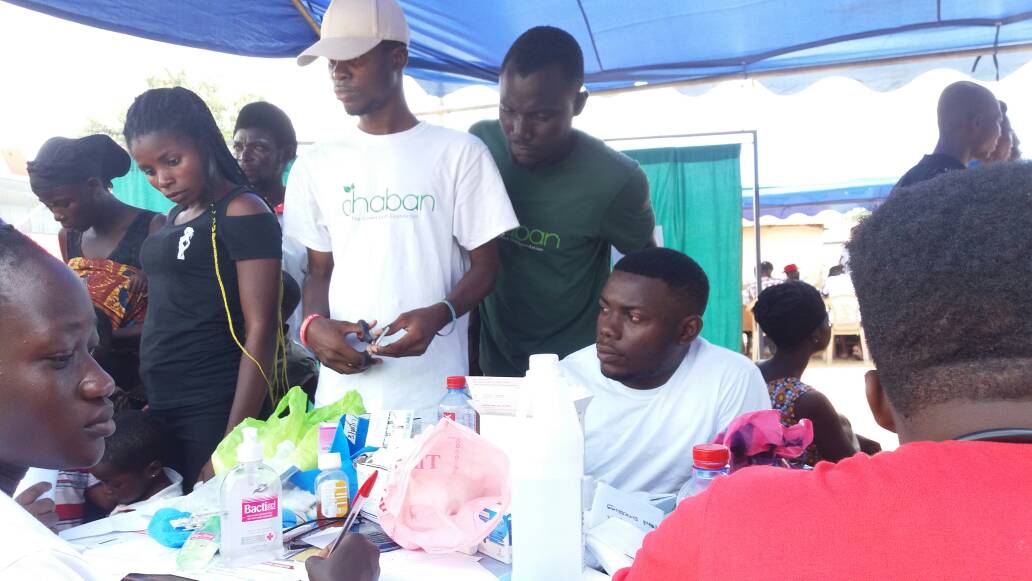 During the exercise, the chief of the community and the assembly man came through to see to how things were carried out. We screened about 200 people in total. The program came to an end at 2:00pm.

It was an educative, insightful and fun experience. We would to thank DUSAF for bringing us on board for this exercise and our volunteers that were present at the exercise.

Sickle-cell disease (SCD) is a hereditary blood disorder, characterized by an abnormality in the oxygen-carrying hemoglobin molecule in red blood cells. Affected cells assume an abnormal sickle-like shape, hence the name of the disease.

SCD may lead to a number of complications, some of which may cause death. The most common health problems associated with SCD are sickle-cell crisis (an acute condition characterized with severe pain attacks), severe infections and stroke. These complications can be prevented, but only if a person with SCD has access to adequate health care facilities.

Almost 300,000 children are born with SCD and over 100,000 people die due to it each year. The highest frequency of the disorder is found in tropical regions, particularly sub-Saharan Africa, the Middle East, and the West Indies.

On the occasion of World Sickle Cell Day, health organizations throughout he world organize events and activities aimed at raising awareness of sickle-cell anemia and the importance of its research.