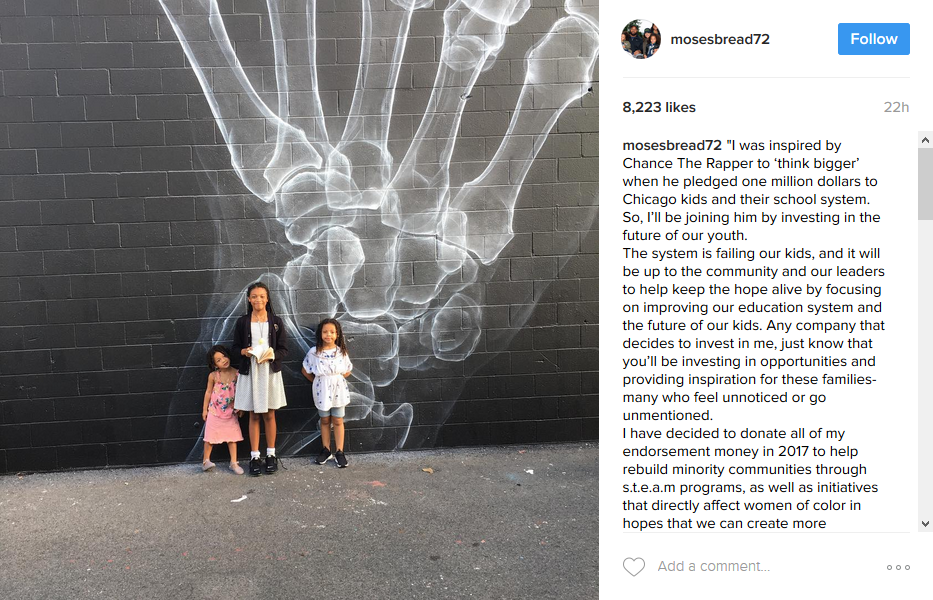 Chance the Rapper held a press conference today at Westcott Elementary School in Chicago to announce that he is donating $1 million to Chicago Public Schools. “Our kids should not be held hostage because of political positions,” he said. He later revealed that he and Common will speak on the phone to discuss further funding. The announcement follows his meeting with Illinois governor Bruce Rauner last week, where they discussed public education and other “important issues affecting” the city of Chicago and Illinois as a whole. Immediately following the meeting, Chance expressed his frustration, saying, “It went a little different than it should have,” and that he was given vague answers when speaking with the governor. At the press conference, he reiterated that Gov. Rauner gave him “vague” answers, and shouted, “Gov. Rauner, do your job!” Watch the press conference below.